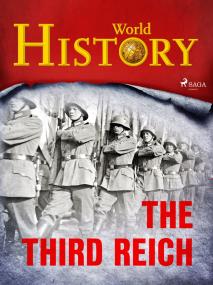 by World History
In 1933 Adolf Hitler seizes power after seducing the German people with lavish promises of restoring order, prosperity and the Greater German Reich to its former glories. He then goes to on exploit other Western European powers’ fear of confrontation to rearm the country in direct defiance of the restrictive terms of the Treaty of Versailles. Before his neighbours can react, Hitler has transformed Germany’s armed forces into the most modern war machine of the day. And Hitler is not alone. He allies himself with Mussolini’s fascist Italy, Stalin’s communist Soviet Union and – on the other side of the world – the military dictatorship of Japan, which shares Germany’s expansionist vision.


World History invites you on a fascinating journey to bygone eras, allowing you to explore the greatest events in history. Take a trip back in time - to the frontlines of World War 2, to the Viking raids, and the religious rituals of ancient Egypt. World History is for everyone who would like to know more about the exciting and dramatic events of the past.