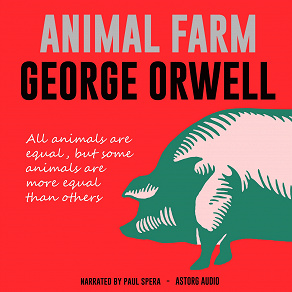 by George Orwell
Animal Farm, a fairy story, is a short novel by George Orwell. It describes a farm where animals revolt, take over and drive out men. It is an apologue written in the form of an animal fable, but also a dystopia. In this novel, Orwell offers a satire of the Russian Revolution and a critique of the Soviet regime, particularly Stalinism, and beyond that, authoritarian regimes and totalitarianism. The book was named one of the 100 best English-language novels written from 1923 to 2005 by Time magazine.