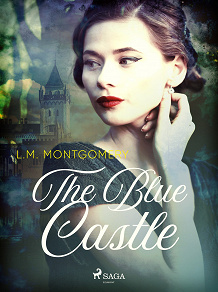 by L.M. Montgomery
29 and unmarried, gasp! - can you think of anything worse? In 1920s rural Canada, Valancy Stirling is considered 'past it' and with a controlling, nagging mother and petty gossips for relatives she feels trapped in the life she has ended up in and when she is diagnosed with a terminal heart condition and given a year to live, it seems she will die without ever experiencing happiness.

And so, she rebels.

She leaves her family home slamming the door as she does and moves in with her old friend Cissy and starts working as a housekeeper.

The independence is intoxicating - as is a growing friendship with local man, Barney Snaith.
It looks as though Valancy will have love to warm her heart in her final months. But secrets on both sides threaten to ruin things.

The intoxicating story of love and loss is perfect for fans of Elizabeth Gaskell and Jodie Picoult.

Lucy Maud (L.M.) Montgomery was a Canadian author best known for a series of children's books beginning with 'Anne of Green Gables'. The books were a huge hit in her lifetime and were recently made in the Netflix series 'Anne with an E'.